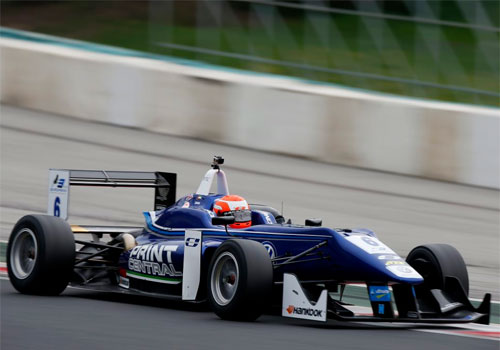 It was a strong finish to pre-season testing for Ed Jones this week, as the 19 year-old prepared for his first season in the FIA Formula 3 European Championship. After a constructive test at the Hungaroring last week, Ed continued his hard work with a successful test at the Red Bull Ring in Austria, finishing within the top five in the 27 car field.

After only a few days break, the FIA F3 circus moved a short distance from Hungary to Austria, as the F3 drivers prepared for a final two days of testing at the Red Bull Ring.  Taking to the track in his Volkswagen powered Carlin Dallara, Ed was quick to demonstrate the lessons he’d learnt in Hungary and was in the top five in both the morning and afternoon sessions and posted the fifth quickest time overall on the first day of testing on Tuesday.

The final day of pre-season testing got underway on Wednesday and once again, the Dubai based racer was showing the developments within himself and his car.  Completing trouble free running, Ed finished the day fourth quickest overall, an impressive achievement in a competitive field ahead of his rookie season.

Speaking about his final season preparations, Ed said, “We made quite a lot of progress this test.  We were consistently in the top five and I’m really pleased at the step forward in my driving and also in the car. We’ve got to focus now on keeping this position and momentum for the first race weekend in Silverstone when it really counts. I’ll be working with the team in the factory for a few days between now and then, just to make sure we’ve done everything we can in terms of preparation.”