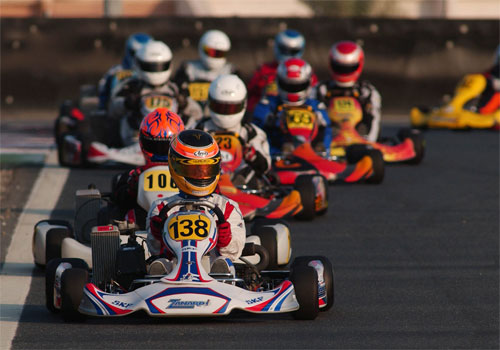 Dubai born and bred teenager on his way to Indianapolis
Jones takes his racing career to the United States
DUBAI, 2 JANUARY 2015: Dubai born and bred Edward Jones is taking a big step in his racing career as he plots a new course, to ply his talent in Indy Lights in 2015 which will see him race at the hallowed Indianapolis oval, home of the Indy 500.

Not long ago young Jones could be found regularly pounding around the Dubai Kartdrome, where he spent a large part of his formative racing years, taking part in karting in the UAE Rotax Max series and contesting occasional Kartdrome Endurance Championship races.

Now the driver who wears a Dubai Autodrome sticker on his helmet visor, and was a front runner in the Formula 3 European Championship will move across to Indy Lights for the forthcoming season as part of the Carlin team who are making their first foray into the United States premier junior series.

The UAE based driver was part of Carlin’s Formula 3 line-up in 2014, and although his season was curtailed by injury, he still managed to finish on the podium twice.

Jones said that he has long held an ambition to race in the US, and that Carlin’s recently-announced expansion into Indy Lights means that the timing is right.

“I am really excited and thankful for this opportunity to race in Indy Lights,” said the 19-year-old. “I have always seen myself going over to the States for racing at some point and Carlin’s choice to participate in the series has made it an ideal time to make the transition a reality.”

“There will be a lot to learn for the team and myself especially on the ovals but I am as motivated as ever to make it a success with the aim of making it to IndyCar now clearly in sight.”

Team owner Trevor Carlin said that he is confident Jones can make an immediate impact in the US, “We are beyond delighted that Ed will be making this journey to Indy Lights with us. He’s shown pace and determination this season in F3, and is a joy to work with.”

“It is a great start to our Indy Lights campaign that we are able to take one of our existing drivers to the US, and I’ve no doubt that Ed has the ability to be competitive from the outset.”

Prior to his move into the Formula 3 European Championship, in 2013 he was the youngest winner of 2013 Euro F3 Open champion, and was also a frontrunner in Formula Renault 2.0 Eurocup.

His only previous experience in the United States was his participation in the Florida Winter Series at the start of 2014.

Jones’ 2015 Indy Lights campaign starts with five test sessions, the first in mid-January, followed by the season opener in St.Petersburg (Florida) with his date at the legendary Indianapolis in May. The Indy Lights championship will be run over ten race weekends.