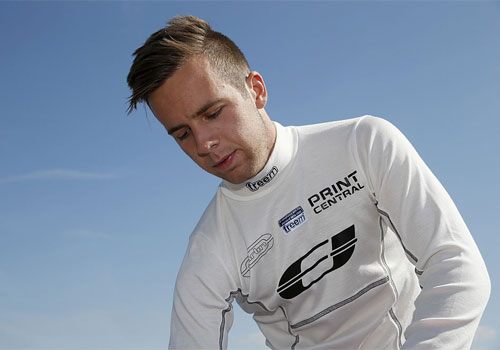 It has been confirmed that Ed Jones will unfortunately miss the next three rounds of the FIA Formula Three European Championship following his heavy crash at Pau in mid May. The UAE based racer had been on fine form in the opening three rounds of the season collecting points and podium finishes in Hockenheim however he is now not expected to be back behind the wheel of his Carlin car until Moscow in July or possibly Red Bull Ring, Austria in August.

Jones had been competing in the FIA Formula Three European Championship Grand Prix de Pau weekend in May when, during the first qualifying session, he clipped a kerb and was sent head on into the barriers. Jones was able to remove himself from the car and continued with his race weekend however upon arriving in Duabi it was discovered that he had sadly suffered a fractured vertebrae and as a result has been advised by doctors not to race.

Subsequently, Jones will miss the next three rounds of the championship [Hungary, Spa and Norisiring] however is expected to be back in his Carlin Formula Three car for the seventh round of the season at the Moscow Raceway, Russia or for the eight round in Austria.

Jones said, ‘I’m very disappointed to be missing the upcoming rounds however obviously it is for the best that I look after myself after such a heavy crash. I am however feeling confident about the future and while it’s a shame to miss these rounds I’m very much looking forward to replicating our early season results when I can resume the championship.’