The champion delighted after winning the title 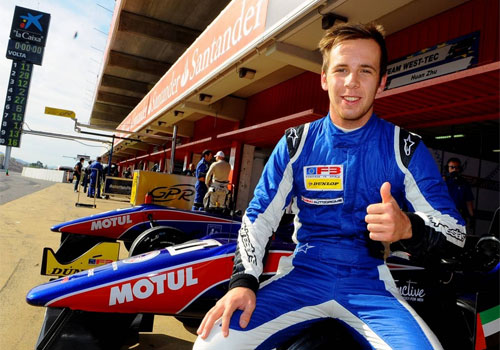 Ed Jones (Team West-Tec) won the European F3 Open title at Circuit de Barcelona-Catalunya, after a long-standing fight this season with Sandy Stuvik (RP Motorsport), who finally finished as runner-up to UAE´s driver. Jones, who debuted in the series at the final event of 2012 in Barcelona and he already proved how fast he was by then, completed an almost perfect year at the wheel of a Team West-Tec Dallara F312.

''I am so happy to take the Championship title, after the win in race one I knew that I could not relax and I had to push really hard in race two to secure the title. I struggled towards the end as my tires had given out, there was nothing left, but I made it. I really want to thank the team also for their help and support throughout the season I couldn't have done it without them. I am extremely proud to also represent my homeland of Dubai in the United Arab Emirates in this Championship and help make history for my country'', Jones explained after race two.